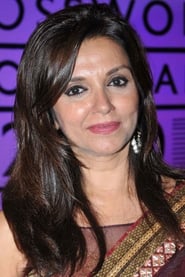 Lillete Dubey (born 7 September 1953) is an Indian actress who has worked in theatre, television and Hindi films. Lillete was born in Pune as Lillete Kiswani to a Sindhi Hindu family. Her father, Govind Kiswani, was an engineer with the Indian Railways, and her mother, Leela, was a gynaecologist who worked with the Indian Army. Her father wanted to give her a "modern" sounding name, and came up with "Lillete" as a faux-French derivation of her mother's name, Leela, with the intended meaning being "little Leela." Lillete, however, never liked her name "from day one" due to personal reasons, such as getting made fun of when she was younger.