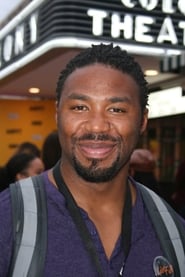 Matthew A. Cherry is an American film director, writer, producer, and former American football player. He wrote and directed two independent films, The Last Fall (2012), and 9 Rides (2016), and is currently an executive at Monkeypaw Productions. He is best known for the animated short film, Hair Love, which was picked up by Sony Pictures Animation in March 2019 for distribution. The Kickstarter campaign for Hair Love raised over $200,000 and broke the record for the highest amount raised for any short film on the platform.