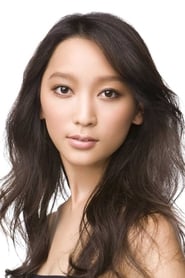 Anne Watanabe (渡辺 杏 Watanabe An, born 14 April 1986 in Tokyo) is a Japanese fashion model, actress, and singer.She is the daughter of film actor Ken Watanabe and his first wife Yumiko. In her modeling work, she is known by the mononym Anne. Watanabe's first high-profile modeling season was spring/summer 2006, in which she was featured in runway shows for Anna Sui, Diane von Furstenberg, Tommy Hilfiger, and Vivienne Tam, among others. She also walked for Baby Phat, Imitation of Christ, Karl Lagerfeld, Lacoste, Marc by Marc Jacobs, and Thakoon in subsequent seasons.Watanabe has been featured in print advertisements for Anna Sui and NARS Cosmetics. She was the main visual model for Sui's Secret Wish Magic Romance fragrancefor both print and video.From Wikipedia, the free encyclopedia