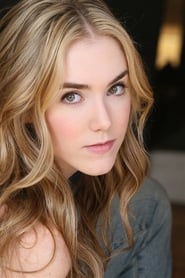 Spencer Locke was born in 1991 in Winter Park, Florida, she's always been known as "the Sunshine Girl" for her joyful personality that lights up every room and currently the screens too. Miss Locke recalls knowing she wanted to be an actress since age 6, and she started taking classes right away. Soon after she landed several commercials in the Orlando area, and by age 11 she decided to take it to next level and went to Los Angeles with her Miami coach/manager. It was a hard year for Spencer but before it ended she got her very first role: Brandee Case in "Without A Trace". A small role in the movie "Spanglish", where she's credited as Sleepover Friend, followed. After that, Spencer broke into kids tv, first with Nickelodeon's "Ned's Declassified School Survival Guide" with a recurrent role, and later on Disney Channel also with a recurrent role in "Phil of the Future" and other appearances on "That's So Raven". Meanwhile Spencer landed roles in two pilots, but unfortunately they didn't make the cut. One of Spencer's bigger roles though, was landed back on 2004, on the performance capture animation, "Monster House". The movie was released on 2006, produced by Robert Zemeckis, Steven Speilberg and directed by Gil Kenan. Spencer doesn't only enjoy acting but all arts, specially drawing and dancing. Her hobbies keep her very active along with a sports, she's very good and versatile, practicing kick boxing to ice skating. On late 2007, Spencer's latest movie project will be released: "Resident Evil 3: Extintion". The young actress plays "K-Mart", nicknamed after the supermarket ruins she was found at. Spencer recalls the Mexico filming as an "amazing expirience", and we're all sure it's gonna get more amazing by the moment for this beautiful and super talented girl!