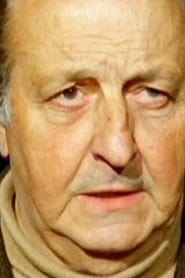 Guido Alberti was an independently wealthy industrialist, whose father had built a nougat and wine business of which Guido became chairman of the board in the 1950's. He grew interested in acting and, after his official debut in Fellini's 8 1/2, grew more and more in demand through the cycles of the Italian film business. He even found himself cast in a few American productions such as BOBBY DEERFIELD and SAVING GRACE. He married a famous astrologer Lucia Alberti who died the year before him in 1995.