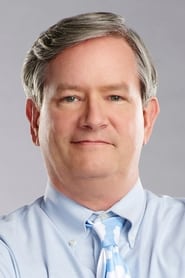 From Wikipedia, the free encyclopedia. Mark Douglas Brown McKinney (born June 26, 1959) is a Canadian comedian and actor, best known for his work in the sketch comedy troupe The Kids in the Hall. Following the run of their television series (1989 to 1995) and feature film (Brain Candy), he went on to star in Saturday Night Live from 1995 to 1997. From 2003 to 2006, he co-created, wrote and starred in the acclaimed mini-series Slings and Arrows, a TV show about a Canadian theatre company struggling to survive while a crazy genius director haunted by his dead mentor helps the actors find authenticity in their acting. Description above from the Wikipedia article Mark McKinney, licensed under CC-BY-SA, full list of contributors on Wikipedia.