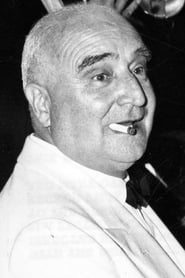 Angelo Rizzoli (31 October 1889 – 24 September 1970) was an Italian publisher and film producer. Rizzoli was born in Milan on 31 October 1889. Orphaned at a young age and raised in poverty, he rose to prosperity. He apprenticed in the printer trade and later became an entrepreneur in his twenties. In 1927, Rizzoli founded company A. Rizzoli & Co. (later RCS MediaGroup). In 1927 Rizzoli acquired Novella magazine, a bi-weekly primarily for women that reached a circulation of 130,000 copies, from Mondadori an independent publisher who specialized in books and magazines. After his initial purchase, he added several new publications including Annabella, Bertoldo, Candido, Omnibus, and Oggi e L'Europeo. In 1949 he began publishing books including both classics and popular novels. He purchased Cartiera di Lama di Reno in 1954, the foundation for what would become an Italian publishing empire. His operations were moved in 1960 to a complex on Via Civitavecchia in Milan. He was amongst the first producers of daily newspapers within the relatively newly established nation of Italy. Active in film, he had control of the French company Francinex with which he co-produced Federico Fellini's La Dolce Vita (1960) and 8½ (1963), as well as French films such as Une Parisienne (1957). In 1964 Rizzoli opened the original Rizzoli International Bookstore in New York City at 712 Fifth Avenue, designed by architect Ferdinand Gottlieb. The bookstore was featured in various Hollywood films, most notably, Woody Allen's Manhattan and Falling in Love with Robert De Niro and Meryl Streep. He also produced the controversial documentary film Africa Addio. A museum about Rizzoli's life and career is located at Villa Arbusto within the guest house of that place,[8] at Lacco Ameno. Within this are held 500 photographic-records or evidence of his activities taken on-set during production. The museum also holds the Pithekoussai Archaeological Museum. Rizzoli married Anna Marzorati with whom he had two children, Andrea and Giuseppina. Rizzoli died aged 81 years of age. Source: Article "Angelo Rizzoli" from Wikipedia in english, licensed under CC-BY-SA 3.0.