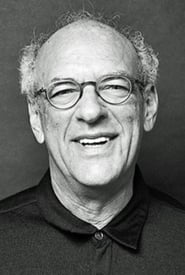 Shep E. Gordon is an American talent manager, Hollywood film agent, and producer. Gordon is featured in a 2013 documentary, Supermensch: The Legend of Shep Gordon, which was directed by Mike Myers. He obtained his B.A. in 1968 from the State University of New York at Buffalo (UB) in sociology. He then moved to Los Angeles, California. He first gained connections in Hollywood by meeting Jimi Hendrix, Janis Joplin, and Alice Cooper in 1968. He quickly became Cooper's agent. Much of Coopers stage act and the band's overall macabre persona was influenced directly by Gordon, who created many imaginative and wild events to get Cooper PR in the papers, including throwing a live chicken on stage. Gordon subsequently later represented many other celebrities such as Anne Murray, Blondie, Teddy Pendergrass, and Luther Vandross. Gordon has worked on numerous film productions, typically as a producer. These include The Duellists and Kiss of the Spider Woman. He then created one of the first independent film production companies in the U.S., Alive Films. His work was instrumental in bringing the modern wave of celebrity chefs into existence. He represented many of the top chefs of the world at a time when they were not known in popular culture, and, when the Food Network was first created, he brought many of them to the same, including Emeril Lagasse, helping to make them all the household names they are now. He owns multiple restaurants. *Source:* **Wikipedia**