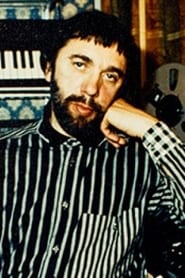 Eduard Nikolaevich Artemyev PAR (Russian: Эдуа́рд Никола́евич Арте́мьев, IPA: [ɛdʊˈard ɐrˈtʲemʲjɪf]; born 30 November 1937) is a Russian composer of electronic music and film scores. Outside of Russia he is mostly known for his soundtracks for films such as Solaris, Siberiade, Stalker and Burnt by the Sun. He was awarded the title People's Artist of Russia in 1999. Artemyev was born in Novosibirsk and studied at the Moscow Conservatory under Yuri Shaporin. His interest in electronic music and synthesizers began after his graduation in 1960 when electronic music was still in its infancy. He wrote his first composition in 1967 on one of the first synthesizers, the ANS synthesizer developed by the Soviet engineer Evgeny Murzin. He was thus one of the first composers and a pioneer of electronic music. His collaboration with the film director Andrei Tarkovsky in the 1970s made him well-known. He wrote the film scores of Tarkovsky's Solaris, Zerkalo and Stalker. Later he also wrote film scores for Andrei Konchalovsky and Nikita Mikhalkov. His film scores and his music received numerous accolades as well as three Nika Awards. Recently, he licensed several excerpts from the Solaris soundtrack in order to use them in the upcoming Spanish production The Cosmonaut. Eduard Artemyev wrote a couple of songs the most famous of them Deltaplan by Valery Leontiev. In 2001 he won the Special Silver St. George at the 23rd Moscow International Film Festival. Eduard Artemyev's composition Campaign or Death of the hero (Siberiade theme) has been used at 2014 Winter Olympics opening ceremony in Sochi, and his music theme from At Home Among Strangers has been used at the closing ceremony.