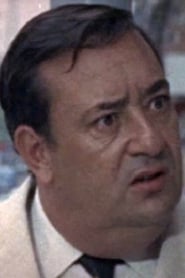 Francesco Mulé (3 December 1926 – 4 November 1984), was an Italian actor, voice actor and television and radio personality. He appeared in 74 films between 1953 and 1979. Born in Rome, the son of composer Giuseppe Mulè, he studied at the Silvio d’Amico Academy of Dramatic Arts and debuted in the stage company held by Renzo Ricci.[1] He got a large popularity thanks to his radio and television appearances as a presenter and a comedian.[1] He was also active as a character actor in films and on stage.[1] Mulé was the Italian voice of Yogi Bear. (Wikipedia)