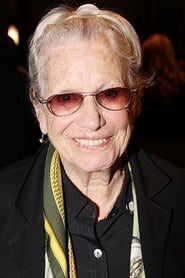 Ann Bishop Roth (born October 30, 1931) is an American costume designer. She has designed the costumes of various prominent films, and has been nominated five times for the Academy Award for Best Costume Design, winning twice for; The English Patient (1996), and Ma Rainey's Black Bottom (2020). Roth was born in Hanover, Pennsylvania, Roth was a Carnegie Mellon graduate who began her career as a scenery painter for the Pittsburgh Opera. She intended to remain in the field of production design until she met Irene Sharaff at the Bucks County Playhouse. Sharaff invited her to California to assist her with costumes on the film Brigadoon and suggested Roth apprentice with her for five films and five Broadway productions before setting out on her own. Her more than one hundred screen credits include The World of Henry Orient, Midnight Cowboy, Klute, Working Girl, Silkwood, The Unbearable Lightness of Being, The Mambo Kings, The Birdcage, Primary Colors, Cold Mountain, Closer, Freedomland, The Good Shepherd, Margot at the Wedding, Mamma Mia!, and Evening. Roth's dozens of stage credits include The Odd Couple, The Star-Spangled Girl, Purlie, Seesaw, They're Playing Our Song, The Best Little Whorehouse in Texas, Biloxi Blues, Butley, The Vertical Hour, Deuce, and The Waverly Gallery. Source: Article "Ann Roth" from Wikipedia in english, licensed under CC-BY-SA 3.0.