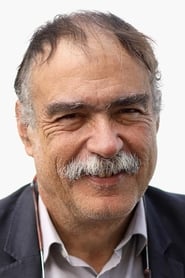 Paulo Branco (born 3 June 1950) is a Portuguese film producer. Branco is also well known as the producer who has had the greatest number of films selected at Cannes Film Festival and the greatest number of films having competed for the Golden Palm He presented 53 films in Cannes - 27 of which in Official Selection - and brought 48 films to the Venice Film Festival. Description above from the Wikipedia article Paulo Branco, licensed under CC-BY-SA, full list of contributors on Wikipedia.