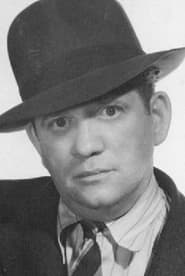 From Wikipedia, the free encyclopedia. Sam Newfield, born Samuel Neufeld, (December 6, 1889 – November 10, 1964) also known as Sherman Scott or Peter Stewart, was an American B-movie director, with over two hundred and fifty feature films to his credit. To such production several shorts and TV series episodes shall be added. Because of this massive output, sometimes releasing nearly twenty movies in a single year, he has been called the most prolific director of the sound era. Most of Newfield's movies were created for PRC Pictures. This was a film production company that he operated in association with his brother Sigmund Neufeld. The films they produced were mostly low budget productions, the majority being westerns, with an occasional horror film or crime drama. Description above from the Wikipedia article Sam Newfield, licensed under CC-BY-SA, full list of contributors on Wikipedia