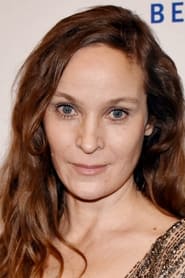 ​Jeanette Hain was born in Munich. While studying at the School of Television and Film in Munich, the by chance meeting with director Sherry Hormann made her childhood dream come true by resulting in her first leading part in "Die Cellistin - Liebe und Verhängnis". Since then she has been not only playing in German and international films, but also on stage to highly critical acclaim. She has two children, Jonas (17) and Malou (2) and a dog with a tale but no tail.