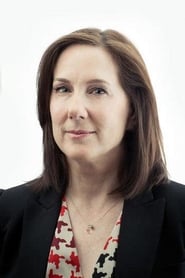 Kathleen Kennedy (born June 5, 1953) is an American film producer and current president of Lucasfilm. In 1981, she co-founded the production company Amblin Entertainment with Steven Spielberg and husband Frank Marshall. Her first film as a producer was E.T. the Extra-Terrestrial (1982). She subsequently produced the Jurassic Park franchise, the first two of which became two of the top ten highest-grossing films of the 1990s. In 1992, she co-founded The Kennedy/Marshall Company with her husband Frank Marshall. On October 30, 2012, she became the president of Lucasfilm after The Walt Disney Company acquired the company for over $4 billion. She received the Irving G. Thalberg Award from the Academy of Motion Picture Arts and Sciences in 2018. Overall, Kennedy participated in the making of 60 films, mostly as executive producer, that garnered 8 Academy Award nominations and over $11 billion worldwide, including three of the highest-grossing films in motion picture history. Kennedy is second only to Spielberg in domestic box office receipts, with over $7 billion as of January 2018. Description above from the Wikipedia article Kathleen Kennedy, licensed under CC-BY-SA, full list of contributors on Wikipedia.