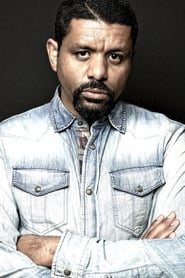 Youssef Hajdi, born June 8, 1979 in Tarascon, is a French actor. Born in Tarascon in Bouches-du-Rhône to Moroccan parents, he grew up in Beaucaire. He went to Paris at age 20, where he worked in cafe-theatre and at the théâtre de l’Avancée. Then from 2002 to 2005, he studied acting with Jack Waltzer, a lifetime member of the Actors Studio. His first film role was in 13 m² by Barthélémy Grossmann, which earned him a 2008 nomination for the Césars award in 2008. He acted in Les Aventures extraordinaires d'Adèle Blanc-Sec by Luc Besson and in Micmacs à tire-larigot by Jean-Pierre Jeunet. In 2012, he joined Omar Sy and Laurent Lafitte in De l'autre côté du périph, a film by David Charhon. As well, he appeared with Éric Judor in the film Mohamed Dubois by Ernesto Ona in 2013. In 2014, he acted in La Dernière Échappée, a film by Fabien Onteniente, in which Hajdi played Eddy Clavel, a doctor who treated Laurent Fignon (Samuel Le Bihan). In 2015, he did voice acting for the animated film Pourquoi j'ai pas mangé mon pèreby Jamel Debbouze. Source: Article "Youssef Hajdi" from Wikipedia in english, licensed under CC-BY-SA 3.0.