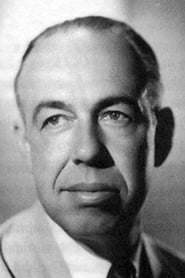 Roy Webb (né Royden Denslow Webb; October 3, 1888 – December 10, 1982) was an American film music composer. Webb has hundreds of film music credits to his name, mainly with RKO Pictures. He is best known for film noir and horror film scores, in particular for the films of Val Lewton. Born in Manhattan, New York, Webb orchestrated and conducted for the Broadway stage, before moving to Hollywood in the late 1920s to work as music director for Radio Pictures, later RKO Pictures. He remained at RKO until 1955, then worked freelance for several years, including scoring several episodes of Wagon Train. Webb is credited as composer or arranger on more than 200 films, and received Academy Award nominations for Quality Street (1937), My Favorite Wife (1940), I Married a Witch (1942), Joan of Paris (1942), The Fallen Sparrow (1943), The Fighting Seabees (1944), and The Enchanted Cottage (1945). His piano concerto from The Enchanted Cottage was performed by the Los Angeles Philharmonic Orchestra, conducted by Constantin Bakaleinikoff, in concert at the Hollywood Bowl in 1945. In 1961, a house fire destroyed Webb's manuscripts including film scores and unpublished concert music, after which Webb ceased composing. Webb died in 1982 from a heart attack at the age of 94. An alumnus of Columbia University, Webb wrote the fight song “Roar, Lion, Roar” for his alma mater in 1925. Several cues composed by Webb were used in the newsreel montage of Kane's life in Citizen Kane. Several cues composed by Webb replaced those by Bernard Herrmann in The Magnificent Ambersons after the film was re-edited. Webb also composed several cues (uncredited) for This is Cinerama, the first Cinerama production in 1952. The Christopher Palmer Collection of Roy Webb Scores is held at Syracuse University, New York.