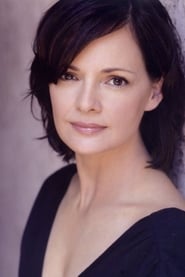 Stacy Edwards (born March 4, 1965) is an American actress. Edwards was born in Glasgow, Montana, the daughter of Patty and Preston Edwards, who was an Air Force officer. She grew up all over the world, from Guam to Alabama. At 18, she received a scholarship to the Lou Conte Dance Studio in Chicago and began her performance career as a dancer and actress. She portrayed Hayley Benson on NBC daytime drama Santa Barbara from 1986 to 1988. She also had a role on the main cast of the medical drama Chicago Hope as Dr. Lisa Catera for 2 seasons from 1997 to 1999. Stacy Edwards's latest role is on tonight's episode of The Mentalist (CBS). First aired September 30, 2010. Edwards has been married to Eddie Bowz since 1996. Bowz is also an actor; they met when working together on the movie The Fear.