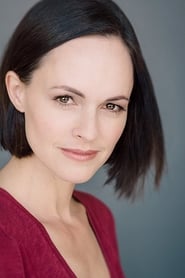 From Wikipedia, the free encyclopedia. Susan May Pratt (born February 8, 1974) is an American actress, perhaps best known for playing Maureen Cummings in Center Stage and Mandella in 10 Things I Hate About You. Pratt was born in Lansing, Michigan and attended East Lansing High School. Her father is a university physics professor.  She attended Bard College at Simon's Rock. She married fellow actor Kenneth Mitchell in May 2006, with whom she has one child, daughter Lilah Ruby Mitchell (born July 7, 2007). She practices Brazilian Jiu-Jitsu. Description above from the Wikipedia article Susan May Pratt, licensed under CC-BY-SA,full list of contributors on Wikipedia.