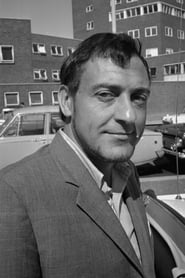 From Wikipedia, the free encyclopedia Harry H. Corbett OBE (28 February 1925 – 21 March 1982) was an English actor. Corbett was best known for his starring role in the popular and long-running BBC Television sitcom Steptoe and Son in the 1960s and 70s. Early in his career he was dubbed "the English Marlon Brando" by some sections of the British press. Description above from the Wikipedia article Harry H. Corbett, licensed under CC-BY-SA, full list of contributors on Wikipedia.