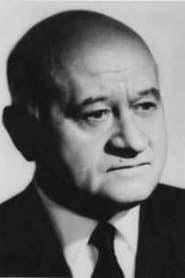 Giovanni Fusco (10 October 1906, Sant'Agata dei Goti, Benevento – 31 May 1968, Rome) was an Italian composer, pianist and conductor, who has written numerous film scores since 1936, including those of Alain Resnais's Hiroshima mon amour (1959) and La guerre est finie (1966), as well as of most of the 1948-1964 films directed by Michelangelo Antonioni, from N.U. (Nettezza Urbana) to Il deserto rosso, except for La notte (soundtrack by Giorgio Gaslini) and some of his early short films. Two of his soundtracks, those of Antonioni's Cronaca di un amore and L'avventura, won Silver Ribbon for the best film score from Italian National Syndicate of Film Journalists in 1951 and 1961, respectively. His brother Tarcisio Fusco was also a composer. His daughter is the operatic soprano Cecilia Fusco. Source: Article "Giovanni Fusco" from Wikipedia in english, licensed under CC-BY-SA 3.0.