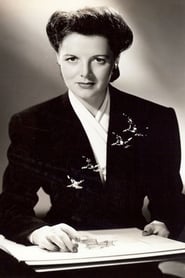 From WikipediaFor over three decades, Renie Conley (31 July 1901 - 12 June 1992), born Irene Brouillet, professionally known as Renié, was a prominent Hollywood costume designer noted for clothing the stars in subtle, elegant outfits, as can be seen in the eponymous costumes Ginger Rogers wore as the glamorous all-American working girl in "Kitty Foyle" (1940). She got her start designing theatre sets and then working as a sketch artist for Paramount. In 1937, she became a costume designer for RKO. She remained with the studio, attiring its biggest stars until the 1950s when she started freelancing. In addition to films, Renie's work can be seen on such television series as Haywire (1990-1991). In 1963, Renie's costumes for the ill-fated "Cleopatra" earned her an Oscar (she received four other nominations). For a while, she also designed costumes for Shipstead & Johnson's Ice Follies.She also designed the costumes for the 1942 film "A Date With the Falcon" and the 1943 "The Falcon and the Co-eds".Conley was an adherent of the Church of Christ, Scientist who contended that her faith enabled her to overcome worldly ambition, putting her work on an unselfish and solid foundation.