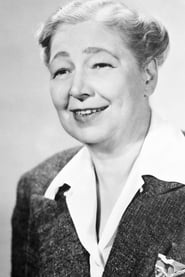 From Wikipedia, the free encyclopedia Esther Dale (November 10, 1885 – July 23, 1961) was an American actress, best known perhaps for her role as Aunt Genevieve in the 1935 Shirley Temple vehicle, Curly Top. On the stage, Dale starred in Carrie Nation on Broadway in 1933. Her other Broadway credits include Harvest of Years (1947), And Be My Love (1944), and Another Language (1932). Dale's first film was Crime Without Passion (1934) in an uncredited role. She was a familiar face in films of the 1930s, 1940s, and 1950s, frequently playing stern, authoritarian characters such as prison matrons and head nurses, although she was equally adept at playing grande dames and ladies of the aristocracy. Dale played many roles in television over the years. In the 1958-1959 season of The Donna Reed Show, Dale played a job-seeking housekeeper who is frightened from the Stone home by Jeff Stone's pet mouse, and she appeared in the 1957 Maverick episode "According to Hoyle" opposite James Garner.