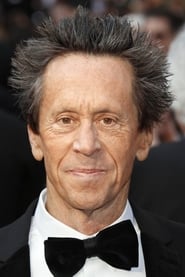 Academy Award®-winning producer Brian Grazer has been making movies and television programs for more than 25 years. As both a writer and producer, he has been personally nominated for four Academy Awards®, and in 2002 he won the Best Picture Oscar® for A Beautiful Mind. In addition to winning three other Academy Awards®, A Beautiful Mind also won four Golden Globe Awards (including Best Motion Picture Drama) and earned Grazer the first annual Awareness Award from the National Mental Health Awareness Campaign.