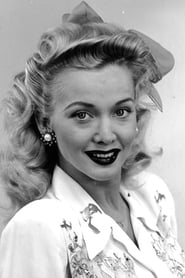 In 1935, after high school and a brief marriage in San Bernardino, California, Frances Ridste ran away to San Francisco to work as a nightclub dancer and band singer under the stage name Carole Landis. She got to Hollywood at age 17 in 1936 and got mostly extra work, but in 1937 she landed a contract with Warner Bros. However, Warners gave her mostly bit parts in B pictures and in the chorus of Busby Berkeley pictures for the 15 films she made for them. Her "break" came when Hal Roach cast her as the skin-clad lead in his hit One Million B.C. (1940) and in three fine comedies, then sold her contract to 20th Century-Fox. She played "B" leads and "A" supporting roles in her first 12 Fox films, with a notable dramatic performance in I Wake Up Screaming (1941). Critics dwelled on her fresh-faced beauty, seldom mentioning her acting and comedy potential. Carole wrote a book about her first wartime USO tour, entertaining troops in England and North Africa; in the film version, Four Jills in a Jeep (1944), you can get a glimpse of the kind of talent she really had, and which Fox was wasting. Absent from film work most of that year because of USO tours in the Pacific, Carol returned to Hollywood weakened by amoebic dysentery, malaria, and near-fatal pneumonia only to find the film dismissed as "self-praise". After Having Wonderful Crime (1945)--perhaps her best comedy--and two B pictures, her Fox contract was dropped. Ostracized in Hollywood due to her ardent feminism and rumors about sexual peccadillos, she made her last two films in England. With a stalled career, poor health, failed marriages, financial problems, and the ending of a torrid affair with married Rex Harrison, Carole Landis committed suicide with Seconal in 1948. Intelligent, generous, talented and gorgeous, she was only 29.