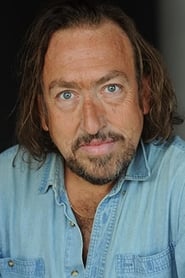 From Wikipedia, the free encyclopediaMark Acheson (born September 19, 1957) is a Canadian film, television and voice actor.At 15 Acheson began studying acting at Langara College’s Studio 58. Founding member of Janus Theatre and appeared on stage for eight years including a full season at the Arts Club as well as The NewPlay center, Carousel Theatre, Western Canadian theater in Kamloops,Sunshine theatre in Kelowna and The Belfry in Victoria and StageWest in Edmonton. In his 30s he started an extensive career in film and television, mostly in supporting roles. Some of his most notable roles are the Mailroom Guy in Elf and Mr. Tripoli in Fargo. His other film credits include The 13th Warrior and Watchmen.Acheson has also amassed a large body of work in voice acting, where he tends to be cast as villains. He voiced the characters of Lord Tirek from My Little Pony: Friendship Is Magic, Sabretooth from Hulk Vs. Wolverine, and has provided the voice of many characters in the TV show Transformers.