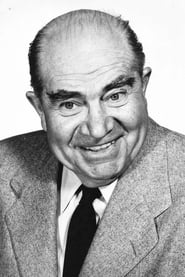 Edward Brophy was an American character actor, voice artist, and comedian. Small of build, balding, and raucous-voiced, he frequently portrayed dumb cops and gangsters, both serious and comic. He is best remembered for his roles in the Falcon film series and for voicing Timothy Q. Mouse in Dumbo. His screen debut was in Yes or No. He appeared in The Champ, Freaks, The Thin Man, The Thin Man Goes Home (1944). He also made several appearances in the films of director John Ford.