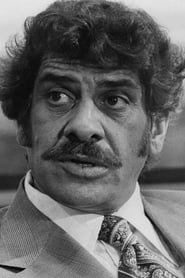 ​From Wikipedia, the free encyclopedia.   Alfred Lettieri (February 24, 1928–October 18, 1975) was an American actor, known for his portrayal of Virgil Sollozzo, in The Godfather. Lettieri projected an aura of menace and ruthlessness in his film roles, which he attributed to his acquaintance with real-life gangsters, including Joey Gallo. At the age of 36, he made his screen debut in the television film The Hanged Man. Lettieri acted with some of Hollywood's biggest screen names including Steve McQueen in The Getaway, Charles Bronson in Mr. Majestyk, John Wayne in McQ and both Marlon Brando and Al Pacino in The Godfather. Lettieri died of a heart attack in 1975, at the age of 47, leaving two children. Description above from the Wikipedia article  Al Lettieri, licensed under CC-BY-SA, full list of contributors on Wikipedia.