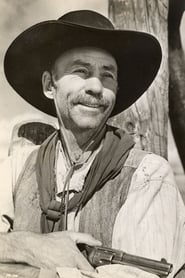 Raised on a cattle ranch in Montana. Educated at Stanford and the University of Nevada as an engineer. Washed out as an Army pilot. Toured the country in rodeos as a saddle bronc rider. Broke his neck in a horsefall in his 20s, but didn't know it until his 40s. Chosen along with Tex Ritter from a rodeo at Madison Square Garden in New York to appear in the Broadway play "Green Grow the Lilacs", the play from which the musical "Oklahoma" was later derived. Drove a cab in New York, then worked on dude ranches as a wrangler and as a guide on the Bright Angel trail of the Grand Canyon. Recommended by Billie Burke to several movie producers. Became friends with John Wayne, Howard Hawks, and later John Ford, all of whom provided him with much work. Survived by adopted daughter Dawn Henry.Date of Death:  6 December 1992, Los Angeles, California, USA  (natural causes)