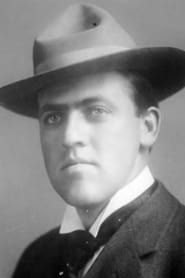 Born Frank Fowler in Brooklyn , New York, Borden Chase served in the Navy during World War I and put in time as a shipyard worker, carnival high diver, driver for gangster Frankie Yale, and sandhog on the New York's Holland Tunnel before turning to writing. He penned pulp stories and novels, then moved to Hollywood and began writing screenplays, including, among many others, Anthony Mann's Winchester '73 and Bend of the River and Howard Hawk's Red River, for which he was nominated for an Oscar.