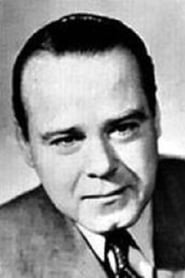 Frank Skinner (December 31, 1897 – October 9, 1968) was an American film composer and arranger. Skinner was born in Meredosia, Illinois. A graduate of the Chicago Musical College (now known as the Chicago Conservatory of Music), 16-year-old Frank found employment in vaudeville and began playing in local areas with his brother Carl Skinner of Meredosia Illinois on drums. They were billed as the Skinner Brothers dance band. From there they began playing on the steamboats that went up and down the Illinois River. It was during this time that he began writing and arranging music for dance bands. This work brought him to New York, where from 1925 to 1935 he arranged about 2000 popular songs for Robbins Publishing. By the time he left Manhattan for Hollywood, he had written two books on arranging for dance bands. After a short period at MGM, working on musical settings for The Great Ziegfeld (1936), Skinner was hired by Universal Studios. Over the course of his 30 years there, he composed music for more than 200 films. Although he continued to work on musicals, he quickly mastered the art of dramatic scores, eventually earning five Academy Award nominations (1938–43). He died in Beverly Hills, California, leaving behind his wife Dolly Repine Skinner. His distinctive approach to scoring horror films, such as Son of Frankenstein (1939) and The Wolf Man (1941), has been characterized as a ‘passion for chromatic lines … mirrored contours … [and] restrained, yet ominously mythical orchestrations’ (Marcello). He gained new recognition in the 1950s for his lush romantic scores, including those for such Douglas Sirk films as Magnificent Obsession (1954) and Written on the Wind (1956). Despite many changes in the film industry, his book Underscore (1950) has survived as an excellent introduction to film music composition. In 2014, Dallas pre-swing orchestra, The Singapore Slingers released a fifteen-track CD homage to Skinner's arrangements.