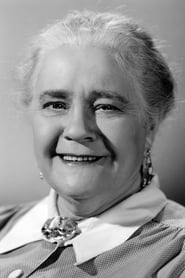 From Wikipedia, the free encyclopedia Mary Gordon (born Mary Gilmour, 16 May 1882 – 23 August 1963) was a Scottish actress, long in the United States, who mainly played housekeepers and mothers, most notably the landlady Mrs. Hudson in the Sherlock Holmes series of movies of the 1940s starring Basil Rathbone and Nigel Bruce. Her body of work included nearly 300 films between 1925 and 1950. With her mother and daughter (both also named Mary), she arrived in Los Angeles in the mid-1920s and began playing variations on the roles she would spend her career on. She became friends with John Ford while making Hangman's House in 1928 and made seven more films with him. In 1939, she took on her best-remembered role as Sherlock Holmes' landlady and played the role in ten films and numerous radio plays. She was a charter member of the Hollywood Canteen, entertaining servicemen throughout the Second World War. On the radio show Those We Love, she played the regular role of Mrs. Emmett. She entered retirement just as television reshaped the entertainment industry, making only a single appearance in that medium. She was active in the Daughters of Scotia auxiliary of the Order of Scottish Clans. She lived out her final years in Pasadena, California with her daughter and grandson. She died at age 81 on 23 August 1963 in Pasadena, California after a long illness.