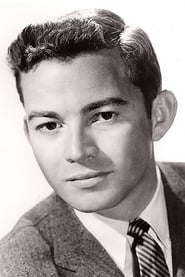 From Wikipedia, the free encyclopedia. Ray Stricklyn (born Lewis Raymond Stricklyn) (October 8, 1928 – May 14, 2002) was a prolific American film actor, stage actor, television actor, soap opera star and publicist. His 50-year acting career took off with B-movie Westerns that placed his boyish good looks playing opposite top talent of the time. His TV guest star resume is as impressive as it is lengthy and he is most recently remembered as Clarence in the 1996 Seinfeld episode "The Andrea Doria". Description above from the Wikipedia article Ray Stricklyn, licensed under CC-BY-SA, full list of contributors on Wikipedia.