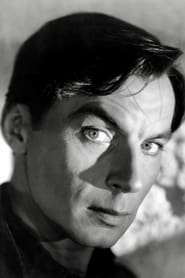 From Wikipedia, the free encyclopedia Martin Kosleck (born Nicolaie Yoshkin, March 24, 1904 – January 15, 1994) was a German film actor. Like many other German actors, he fled when the Nazis came to power. Inspired by his deep hatred of Adolf Hitler and the Nazis, Kosleck made a career in Hollywood playing villainous Nazis in films. While in the United States, he appeared in more than 80 films and television shows in a 46-year span. His icy demeanor and piercing stare on screen made him a popular choice to play Nazi villains. He portrayed Joseph Goebbels, Adolf Hitler's propaganda minister, five times, and also appeared as an SS trooper and a concentration camp officer.