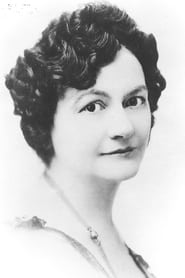 Lucille La Verne (November 7, 1872 – March 4, 1945) was an American actress known for her appearances in silent, scolding, obnoxious, vituperative, sarcastic, cunning, and vengeful roles in early sound films, as well as for her triumphs on the American stage. She is most widely remembered as the voices of the Old Witch in the 1932 Silly Symphony short, Babes in the Woods, and the first Disney villain, the Evil Queen, Snow White's wicked stepmother from Snow White and the Seven Dwarfs (1937), Walt Disney's first full-length animated feature film as well as her final film role. Lucille La Verne died at the age of 72 in Culver City, California on March 4, 1945, after suffering from cancer. She was interred at Inglewood Park Cemetery. La Verne's grave was unmarked for nearly 75 years before fans took up a collection to ensure that she had a stone. Description above from the Wikipedia article Lucille La Verne, licensed under CC-BY-SA, full list of contributors on Wikipedia.