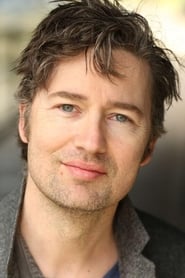 Karl John Geary (born May 31, 1972) is an Irish-born American actor and club owner. Geary was born in Dublin in 1972. At the age of 15 he moved to the United States; he later obtained a green card in a visa lottery for Irish illegals, and ultimately became a naturalized citizen. Geary appeared in Madonna's Sex book. His acting roles include Sex and the City, Hysteria – The Def Leppard Story, and Hamlet (2000). He wrote and appeared in Coney Island Baby (2003). He appeared as Coffey in the 2008 horror filmThe Burrowers. He owns a bar in downtown Manhattan called Scratcher,[1] and previously co-owned another club, the original tiny Cafe Sin-é on St. Mark's Place in the East Village, where he waited on tables alongside Jeff Buckley.