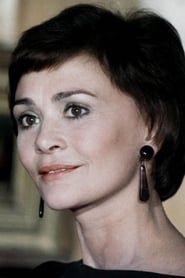 Gabrielle Danièle Marguerite Andrée Girard (9 October 1926 – 17 October 2015), known by her stage name Danièle Delorme, was a French actress and film producer. Born in Levallois-Perret, Hauts-de-Seine, to the painter and resistance worker André Girard and his wife, she was a talented pianist but was best known for her role in the cinema of France. She acted in the first of her more than sixty films in 1942 using her birth name but then adopted the stage name Delorme. She is best remembered for her starring role in the 1948 original French production of Gigi and in the 1950s Minne, both of which were based on novels by Colette. In 1945, Delorme married actor Daniel Gélin with whom she had a son, Xavier (1946–1999). Delorme divorced Gélin in 1954 after he admitted having an affair with Romanian-born model Marie Christine Schneider, that produced a daughter, Maria Schneider. Delorme's son was a successful actor who died of cancer in 1999, aged 53. In 1956, Delorme married actor/filmmaker Yves Robert who partnered her in an award-winning film production company. They remained married until his death in 2002. Delorme served as a member of the Caméra d'Or jury at the 1988 Cannes Film Festival. Delorme died in Paris on 17 October 2015. She was 89. Source: Article "Danièle Delorme" from Wikipedia in english, licensed under CC-BY-SA 3.0.