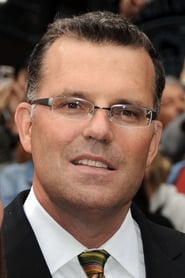 Chad is the current president of production for Jerry Bruckheimer Films.  Before joining Jerry Bruckheimer Films in 1995, Oman was a founding employee of the Motion Picture Corporation of America.  Chad attended the University of California at Los Angeles, where he studied screenwriting.  He then traveled to New York where he attended New York University, where he participated in the undergraduate film production program. Chad is currently living in Santa Monica, California, with his wife and four children.