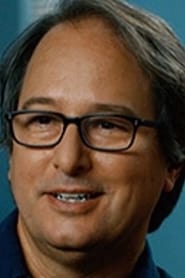 ​From Wikipedia, the free encyclopediaJon Vitti is an American writer best known for his work on the television series The Simpsons. He has also written for the King of the Hill and The Critic series, and has served as a consultant for several animated movies, including Ice Age (2002) and Robots (2005). He is one of the eleven writers of The Simpsons Movie and also responsible for the film adaptation of Alvin and the Chipmunks.Vitti is a graduate of Harvard University, where he wrote for and was president with Mike Reiss of the Harvard Lampoon. He was also very close with Conan O'Brien while at Harvard. Prior to joining The Simpsons, he had a brief stint with Saturday Night Live. He described his experiences on a DVD commentary as "a very unhappy year". After leaving The Simpsons' writing staff in its fourth season, Vitti wrote for the HBO series The Larry Sanders Show. He is now working on The Office in the seventh season and has written the episode, Viewing Party.He is the second most prolific writer for The Simpsons; his 25 episodes place him after John Swartzwelder, who wrote 59 episodes.Vitti has also used the pseudonym Penny Wise. Vitti used the pseudonym for episodes "Another Simpsons Clip Show" and "The Simpsons 138th Episode Spectacular" because he did not want to be credited for writing a clip show as expressed on Simpsons DVD commentaries (though his name was credited for writing the first Simpsons clip show "So It's Come to This: A Simpsons Clip Show").On the season four Simpsons episode "The Front," Jon Vitti is caricatured as a Harvard graduate who gets fired from I&S Studios for penning mediocre episodes and gets hit on the head with a name plate by his boss, Roger Meyers.His wife, Ann, is the sister of fellow The Simpsons writer George Meyer (who was also a Saturday Night Live writer-turned-Simpsons writer who did not like working on SNL). He is a distant cousin of Los Angeles Lakers trainer Gary Vitti, award-winning author Jim Vitti, and actor Michael Dante (the stage name of Ralph Vitti).Description above from the Wikipedia article Jon Vitti, licensed under CC-BY-SA, full list of contributors on Wikipedia.