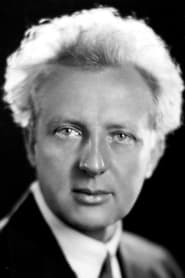 Leopold Anthony Stokowski (18 April 1882 – 13 September 1977) was an English conductor of Jewish-Polish and Irish descent. One of the leading and influential conductors of the early and mid-20th Century, he is best known for his long association with the Philadelphia Orchestra and for appearing in the film Fantasia. He was especially noted for his free-hand conducting style that spurned the traditional baton and for obtaining a characteristically sumptuous sound from the orchestras he directed.