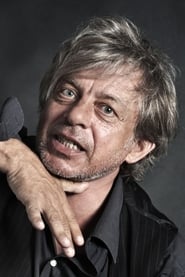 Born in Monfalcone, Gorizia, Paolo Rossi graduated as a chemical expert, then he moved to Milan where he debuted on stage in 1978, in Dario Fo's Histoire du Soldat. After having been a member of the stage company "compagnia dell'Elfo" he started signing numerous theatrical monologues and stage plays of critical success that were paired in their style with the Commedia dell'arte, Brecht's and Molière's and for which he was referred to as "an Italic middle way between Dario Fo and Lenny Bruce". Rossi is also active on television, in successful variety shows such as Giù la testa and Il laureato, and in films, in which he debuted in 1986. Rossi's multifaceted career also include music: since early 1990s he released several albums and collaborated with several notable artists and groups including Enzo Jannacci, Emir Kusturica, Vinicio Capossela and Modena City Ramblers. He also entered the competition at the Sanremo Music Festival in two editions, in 1994 and in 2007. In 1996 Rossi won a Silver Ribbon for the screenplay of the Leone Pompucci's comedy film Camerieri.