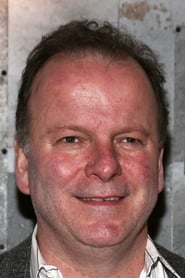 From Wikipedia, the free encyclopedia. Robert Clohessy (born June 10, 1958) is an American actor, known for playing Correctional Officer Sean Murphy on the HBO drama Oz. He was also a cast member in the final season of Hill Street Blues. Clohessy was born in the Bronx, the son of John Clohessy, a police officer. Clohessy graduated from SUNY Purchase, along with Oz co-stars Edie Falco, Kirk Acevedo, and Seth Gilliam. Clohessy fought in the 1975 Golden Gloves in Madison Square Garden. He graduated from Pearl River High School in Pearl River, New York where he played varsity football. Clohessy first appeared on stage at Pearl River High School in their class production of "Guys and Dolls", playing, of all things, a police officer. He has had recurring roles in the ABC daytime drama All My Children, Guiding Light, and appeared in the short lived Fox show New Amsterdam. He also played a semi-minor role in the film "Across the Universe", playing the part of Jude's long-lost father. He was also a series regular in short-lived shows such as Laurie Hill who at that time starred a then-unknown Ellen Degeneres. He played the role of "Mike" in the Broadway Roundabout Theatre Company revival of Pal Joey, from November 2008 through February 2009. He is currently seen on HBO's new show Boardwalk Empire.