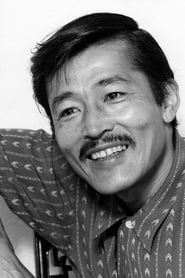 ​From Wikipedia, the free encyclopedia Tatsuya Fuji (藤 竜也 Fuji Tatsuya, born 27 August 1941) is a Japanese film actor. He has appeared in 50 films since 1964, and was the first Japanese actor to appear in full-frontal nudity with explicit sexual scenes in a non-pornographic Japanese film, In the Realm of the Senses, which was released worldwide in 1976, but has yet to be shown in Japan itself. He has starred in two films (Empire of Passion and Bright Future) that have been entered into the Cannes Film Festival. Description above from the Wikipedia Tatsuya Fuji, licensed under CC-BY-SA, full list of contributors on Wikipedia.