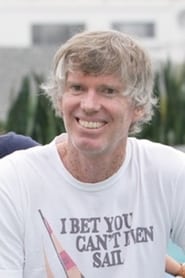 Marianne Wibberley & Cormac Wibberley are an American screenwriting team, as well as husband and wife. They have been writing together since 1991, and made their first screenplay sale in 1993. They have been credited writers on films including National Treasure, I Spy, The 6th Day and Charlie's Angels: Full Throttle. The pair both grew up in Southern California, where they attended the same high school, Mira Costa High School. Both went on to attend UCLA as undergraduates, with Marianne staying at UCLA for graduate work at the Film School. They currently live in the South Bay, Los Angeles area with their daughter, who attends Princeton University. Cormac's father was Leonard Wibberley, author of The Mouse That Roared among other books. Description above from the Wikipedia article Marianne Wibberley & Cormac Wibberley, licensed under CC-BY-SA, full list of contributors on Wikipedia.