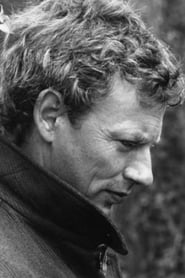 From Wikipedia, the free encyclopediaRobert Fuest (born in 1927 in London) is an English film director, screenwriter, and production designer who has worked mostly in the horror, fantasy and suspense genres.Fuest's most highly praised and popular films, which feature strong black comedy undertones, include perennial cult favorites The Abominable Dr. Phibes (1971), Dr. Phibes Rises Again (1972), and The Final Programme (aka The Last Days of Man on Earth) (1973). Other films include And Soon the Darkness (1970), a straightforward suspense thriller which received considerable critical acclaim but little commercial success, and The Devil's Rain (1975), a horror film shot in the U.S. The latter movie received such scathing reviews it may arguably have killed off his once promising career, as Fuest immediately thereafter found himself relegated to directing fairly anonymous television work. His only subsequent theatrical release to date has been Aphrodite (1982), a soft-core sex movie filmed in Greece.His television work included Revenge of the Stepford Wives and three episodes of The New Avengers.Description above from the Wikipedia article Robert Fuest, licensed under CC-BY-SA, full list of contributors on Wikipedia.