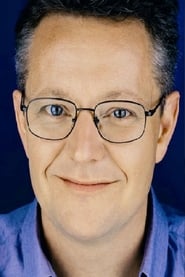 Jonathan Biggins, is an Australian actor, singer, writer, director and comedian. He has appeared on film, stage and television, as well as in satirical sketch comedy television programs. His television appearances include The Dingo Principle and Three Men and a Baby Grand, satirical sketch television comedy programs for which he was a writer/performer with Phillip Scott and Drew Forsythe. He also presented the arts panel program "Critical Mass". His film appearances include Thank God He Met Lizzie and Gettin' Square. He also co-wrote, with Phillip Scott, some of the dialogue for The Man from Snowy River: Arena Spectacular, a stage musical based on the poem "The Man from Snowy River". Biggins also played Peter Sellers in Ying Tong, a play about Spike Milligan and The Goons and an Australian-wide hit.