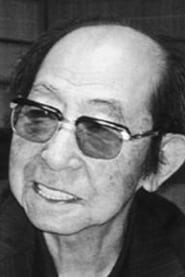 Hideo Oguni (小国 英雄 Oguni Hideo, 9 July 1904 – 5 February 1996) was a Japanese writer who wrote over 100 screenplays. He is best known for co-writing screenplays for a number of films directed by Akira Kurosawa, including Ikiru, The Seven Samurai, Throne of Blood and The Hidden Fortress. His first film with Kurosawa was Ikiru, and according to film professor Catherine Russell, it was Oguni who devised that film's two-part structure. Film critic Donald Richie regarded him as the "humanist" among Kurosawa's writers. In 2013, Oguni and frequent screenwriting collaborators Kurosawa, Shinobu Hashimoto and Ryūzō Kikushima were awarded the Jean Renoir Award by the Writers Guild of America West. Writing credits other than for Kurosawa films include Heinosuke Gosho's Entotsu no mieru basho in 1953, Koji Shima's Warning from Space in 1956, Tora! Tora! Tora!, and Hiroshi Inagaki's Machibuse in 1970.