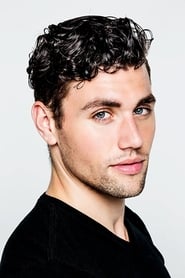 Christian James was born and raised in Atlanta, Georgia. Growing up, he excelled both musically and athletically, playing saxophone and competing in multiple sports. At age 20, he started acting and has studied with respected teachers Michael Woolsen and June Barfield. He recently had a guest-starring role on "Nashville" and after he quickly crossed over into films in leading roles. Earlier this year he starred in "Legal Action" as well as CBS Films' highly anticipated "Hellfest."