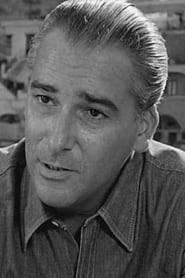 José Luis de Vilallonga y Cabeza de Vaca, 9th Marquess of Castellbell, (29 January 1920 – 30 August 2007) was a Spanish nobleman, actor and author. He was born in Madrid to an important Catalan noble family, son of Salvador de Vilallonga y Cárcer, 8th Marquess of Castellbell amongst other titles, and María del Carmen Cabeza de Vaca y Carvajal, daughter of the 9th Marquess of Portago. On his paternal side, he was descended from viceroy Amat, whereas on his maternal side, some of Vilallonga's ancestors were Alvar Núñez Cabeza de Vaca, Pedro Téllez-Girón, Ferrante Gonzaga II and Christopher Columbus. Both Alfonso de Portago and Vicente Sartorius were his first cousins.[2] Growing up, he spent the first two years of his life at a clinic in Munich, to recover from an intestinal condition with which he was born. He studied at the Jesuits of Barcelona and in other schools from which he was often expelled for misbehaviour. When the Second Spanish Republic was proclaimed in 1931, he went into exile with his parents to Biarritz for six months but eventually returned. Her grandmother had a powerful influence on his education, which was very broad and advanced for the time. The Spanish Civil War broke out while Vilallonga was studying at École Saint-Elme, a Dominican school in Arcachon. He immediately returned to Spain and entered the ranks of the rebel faction as a provisional second lieutenant of Requetés; he recounted that he was part of a firing squad as young as 16 years old. After pursuing a four-year long career in diplomacy, he married his first wife Esyylt Priscilla Scott-Ellis, a daughter of Thomas Scott-Ellis, 8th Baron Howard de Walden, while he was working as an attaché in London. He then became interested in journalism and literature, his first works being at Diario de Barcelona. Vilallonga also worked for foreign magazines including Paris Match, as he was banned from returning to Spain following the Francoist regime's censoreship of a few of his articles. His actor career came through as a result of his good connections with many prominent figures of the artistic world, landing roles in The Lovers (1958), Breakfast at Tiffany's (1961), Cléo from 5 to 7 (1962) and Darling (1965). In Spain, he was noted for his performance in the second and third films of Berlanga's "Nacional" trilogy, namely Patrimonio Nacional (1981) and Nacional III (1982). After a brief step through politics that included toying with the Socialist Party of Spain, Vilallonga wrote the first ever and only authorised biography of king Juan Carlos I, titled El Rey and published in 1993. His peculiar character, described as "a mixture of aristocratic arrogance, self-confidence and unconcern", brought him frequent enmities with other public figures. He was known to be a multifaceted, charming, elegant and playboy-like figure. At his death in 2007, Vilallonga was referred to by several newspapers as "the last dandy". ... Source: Article "José Luis de Vilallonga, 9th Marquess of Castellbell" from Wikipedia in english, licensed under CC-BY-SA 3.0.