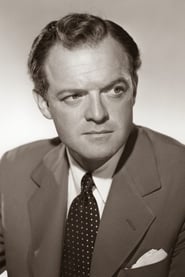 From Wikipedia, the free encyclopedia. Emmett Evan "Van" Heflin, Jr. (December 13, 1910 – July 23, 1971) was an American film and theatre actor. He played mostly character parts over the course of his film career, but during the 1940s had a string of roles as a leading man. He won the Academy Award for Best Supporting Actor for his performance in Johnny Eager (1942). Description above from the Wikipedia article Van Heflin, licensed under CC-BY-SA, full list of contributors on Wikipedia.